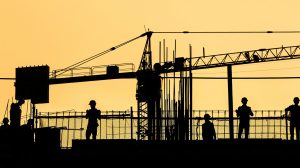 Take a moment to read a great article from our friends at Steamfitters 449:

Unions such as the Steamfitters were established to ensure fair treatment of the workforce, protect a middle-class way of life, and provide optimal healthcare and retirement benefits to their members and their families. The political agendas that our elected officials support can greatly influence the union’s ability to do its job and achieve its overall goals.

Doug Mastriano recently won the Republican gubernatorial primary elections in Pennsylvania. While some of his proposed policies, e.g., lower taxes, could help bolster the state’s economy, others, such as his stance on unions, could be viewed as a step backward. For example, he has co-sponsored legislation that would allow local governments to NOT pay prevailing wages on construction projects (Senate Bill 209). Repealing prevailing wage could cause a decrease in minimum pay rates for these types of projects. He also supports Right-to-Work legislation that reduces union employee bargaining power in the workplace.

RIGHT-TO-WORK LEGISLATION & HOW IT AFFECTS UNIONS

In broad terms, Right-to-Work “gives workers the freedom to choose whether or not to join a labor union in the workplace.” On the surface, this sounds like a good thing. Everyone should be able to decide whether or not they want to be a part of a union and pay union dues. Even so, federal laws already prohibit forced union membership, meaning no one in the United States has to join a union if they do not want to do it. Still, Right-to-Work does influence where a nonunion worker can be employed. For example, union shops do not hire non-union labor.

A state’s Right-to-Work laws could hinder people from organizing to collectively bargain for better wages, benefits, and working conditions. It dilutes union influence and the protection the union can provide.

THE IMPORTANCE OF PREVAILING WAGE

The Pennsylvania Prevailing Wage law establishes baseline fair wages for employees on public works projects. Having a minimum fair wage is important because it provides a sustainable income to families. It also forces contractors completing for publicly funded projects to lower costs through efficient use of time and materials rather than underpaying their workforce. Studies have shown only minor cost savings in states where prevailing wage laws have been repealed and a reduction in worker wages and benefits e.g., The Effect of Prevailing Wage Repeals on Construction Income and Benefits. It can also lead to employees leaving the state to find better opportunities elsewhere.

Unions were established to help workers and their families create better lives for themselves by giving members the power to negotiate fair terms of employment. Legislation like Right-to-Work and the loss of prevailing wage could greatly hinder a union’s growth and hamper the benefits it is able to provide. It is important to carefully evaluate proposed legislation and the impact it can have on life and work so that we can all make informed decisions about to whom we lend our support.